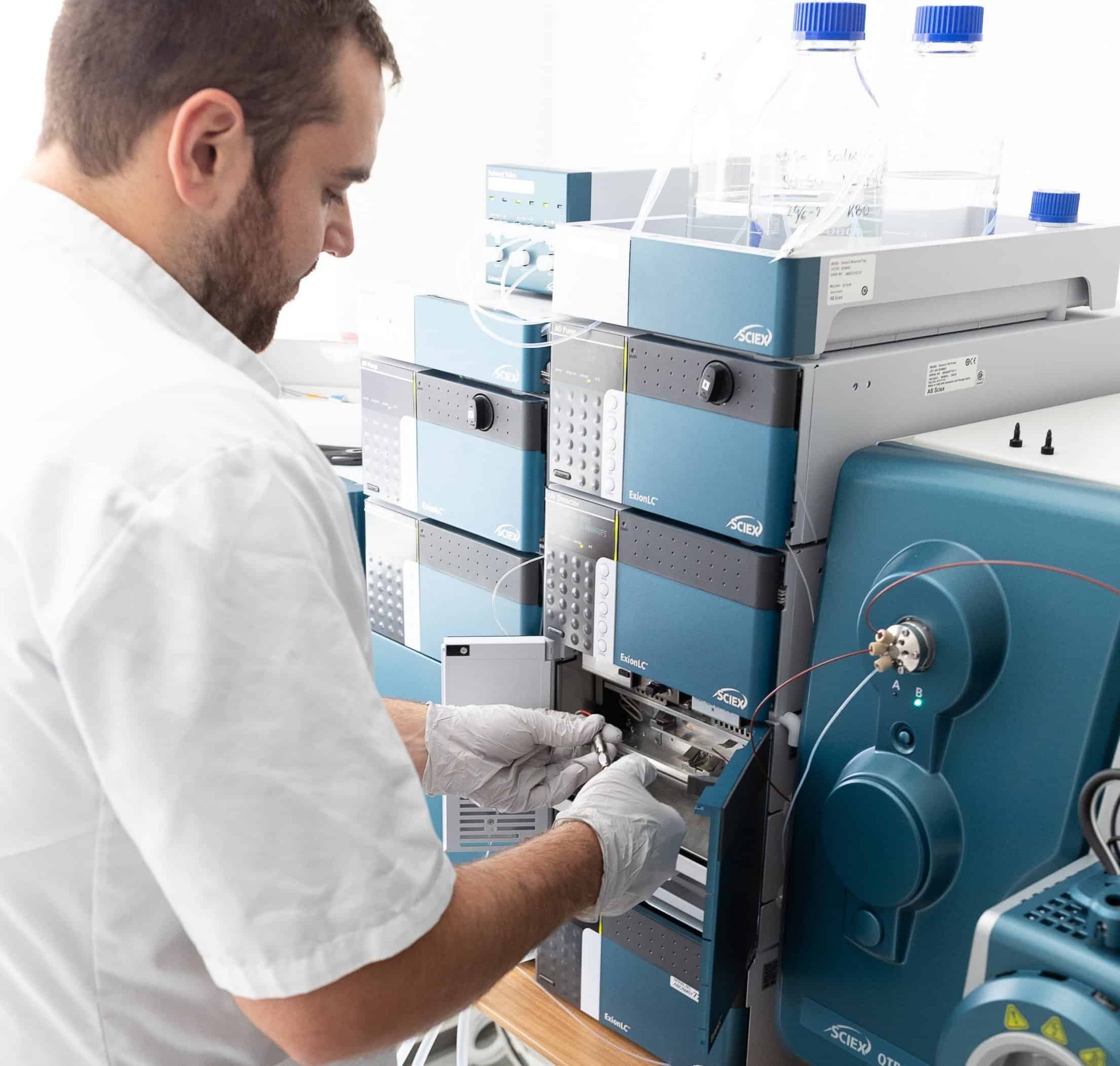 The Sciex QTRAP 4500 is a LC-MS/MS system providing high-throughput screening of small molecule drugs and their metabolites. By utilizing the unique QTRAP technology, the system delivers a robust performance with a focus on increased quantitative and qualitative sensitivity. This makes it a powerful tool in both PK/PD and toxicity studies, detecting molecules down to 5-2000 Da.

When analyzing a sample using LC-MS/MS, the compounds of interest are first separated using High-Performance Liquid Chromatography (HPLC). The sample is introduced into the system with a mobile phase, and the separation of compounds is based on their physical and chemical properties. The mobile phase and analytical columns are therefore chosen based on the analytes of interest.

After elution from the column, the sample is sent to the mass spectrometer (MS). In the MS, the analytes are analyzed based on their mass to charge ratio (m/z). The system uses an ion source to ionize the analyte molecules.  Several methods are available for producing ions, each method having its advantages and disadvantages. The triple quad system of the Sciex QTRAP 4500 at BioXpedia can use either an electrospray ionization (ESI) or atmospheric pressure chemical ionization (APCI):

After ionizations, the charged analytes (referred to in the following as precursor ions) are fragmented and filtered in the triple quadrupole system. The first quadrupole is used as a mass filter for the precursor ion. The second quadrupole works as a collision cell, where the precursor ion is sent on collision course with an inert gas (often nitrogen), to produce fragmented ions also called daughter ions. These are filtered in the third quadrupole, where only daughter ions of interest are allowed into the electron multiplier. The electron multiplier will yield a signal based on the number of ions that enter it. The last quadrupole can also be used as a linear ion trap (LIT) in some systems, which can be used to store more ions and thus yield higher scan rates.

For any inquiries about LC-MS/MS do not hesitate to contact us.