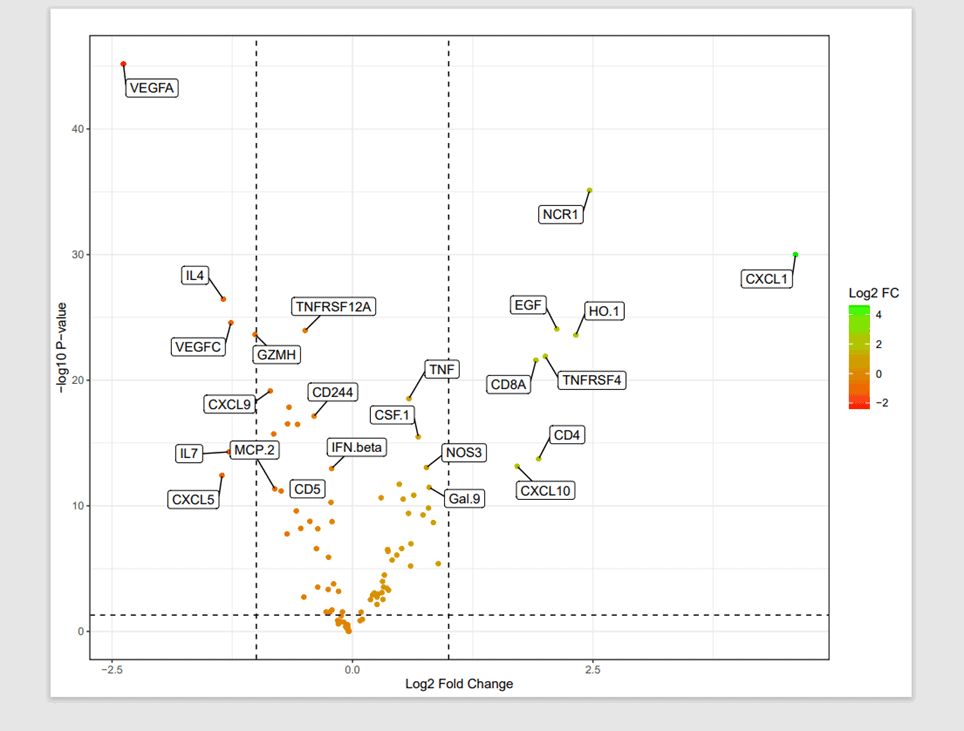 This data analysis focuses on developing a biomarker signature for e.g. diagnostics or prognostics.

Read below for more information on predictive models:

Predictive methods are used when the researcher is interested in being able to classify samples or predict their development based on measurements or observations.

Classification can be used to diagnose patients based on clinical or genetic variables, e.g. to tell if a patient has cancer or not, or even what type of cancer a patient has (Ram et al., 2017).

Predictive methods are also useful in prognostics to predict how a disease will develop over time, e.g. to predict whether a tumor is likely to metastasize (Kate et al., 2017; Marchese Robinson et al. 2017).

Predictive methods are a part of supervised machine learning and as is the case in all supervised machine learning applications, the model needs to learn or to be trained. Because of this the data is often divided into a training and test data. Training data is used to train the model, so that the model learns the relationship between variables. When the training is done, the test data is used to evaluate how well the model performs on data that it has never seen before by comparing its predictions to the true conditions in the test data. If the accuracy of the model is satisfactory, it can then be used on completely new data where the expected or true output is not known. It is often necessary to go through several validation studies before a model can be used for example in the clinic.

There exist many types of models that can be used for prediction. Below we give examples of two powerful multivariate predictive models that are often used.

Lasso is an example of a parametric method, which means that the model makes some assumptions about the data. The most obvious assumption is that the relationship between the explanatory variables and the variable we wish to predict is linear.

If the relationship between explanatory variables and the predicted variable is not linear, Random Forests can be used instead. Random Forests is a non-parametric method, and thus the model does not make any prior assumptions about the data distribution.

The simple example above is an example of classification. Random forests can, however, also be used as a regression model to predict a numeric variable.